Information
According to GGII data, the 2016 robot industry mergers and acquisitions will exceed 15 billion. At the same time, overseas mergers and acquisitions will increase.
2014 is the first year of Chinese robots. According to GGII statistics, the number of industrial robot companies in China has doubled in 2013 compared with 2013, and has quadrupled from 2012 to 958. Last year, the number of robot companies reached a growth rate of 58.98%, reaching 1,523.
Behind the data “breakthrough”, one fact that cannot be concealed is that the relationship between man and robot will be put on the agenda. According to a global McKinsey study, most jobs, including many high-paying jobs, will be automated.
First, the future of automation: machine substitution & man-machine collaboration?
An online interactive information icon from McKinsey shows the automation rate across all industries, such as a $46 management position, with a 28% automation rate. The blue-collar job is still the industry with the highest automata rate, and the auto-pay rate of the work is $74.
As evidenced by the data, during the National Day this year, Dai Jiapeng, general manager of the Foxconn Automation Technology Development Committee, revealed that more than 40,000 robots have fully participated in the company's production process. These robots were dispatched to the production base in Zhengzhou, and the computer/peripheral factories in Kunshan and Jiashan were also installed in large quantities.
And at the same time as the machine substitution, there are human-machine collaboration.
The main application areas of industrial robots are in the automotive, electronics, metals, plastics and chemicals, food and beverage, tobacco and other industries. Its core functions are welding and brazing, in addition to handling/loading, assembly and disassembly, Sealing, processing, etc. In fact, more than 90% of industrial automation operations in these types of work are not possible with traditional robots, including mechanical tubes, stock preparation, loading and unloading, packaging, etc., which have not yet been fully automated. Human-machine cooperation robots can partially compensate for the shortcomings of traditional industrial robots and complete mechanical management. In addition, mobile robots equipped with industrial robotic arms may be one of the main directions for the next factory development.
Second, the future of intelligence: high IQ & humanization?
In recent years, the simple repetitive work robotic arm lacking intelligent development has begun to gradually withdraw from people's cognition, and replaced by the emergence of intelligent robots. Indeed, robots have been changing, becoming intelligent and becoming "high IQ."
The so-called intelligence of the robot is actually to make the robot "easy to apply." The reason why intelligent robots are highly intelligent is because they have a fairly developed "brain" - the central processor. The advantage of having high intelligence is that the robot can arrange actions according to the purpose.
However, being given IQ means that there are ethical issues with robots and humans.
At present, the "three principles of robotics engineering" in the robotics industry are:
Article 1: Robots must not harm humans. In addition, human beings cannot be harmed by the existence of negligent danger;
Article 2: The robot must obey the command of human beings, but this is not the case when the order violates the first article.
Article 3: Robots must protect themselves without violating Articles 1 and 2.
However, even if there are principles, there are still many experts in the industry who have considerable doubts about robot ethics. Hawking believes that: "In the next 100 years, computers that combine artificial intelligence will become smarter than humans. By then, we need Make sure the computer is aligned with our goals. Our future depends on the race between the power of technology and the wisdom of our technology."
“Let the computer be in line with the goals of the people” – can we give them the ability to think about human nature by giving them high IQ?
Third, the future commercialization: sales growth & price dividends weakened & strong capital?
According to GGII survey data, global robot sales in 2015 reached 236,300 units, an increase of 11.6%. According to the existing order data, the global industrial robot sales volume in 2016 was 258,900 units, a year-on-year increase of 6.5%.
2016 is a year in which the global robot industry continues to develop at a high speed. The scale of the industry and the market space continue to expand. Asia has become the most important market. Since 2013, the largest market in the world, China will continue to be the largest industrial robot market for the fourth consecutive year. It is predicted that the market sales in 2016 will continue to maintain rapid growth, and shipments will reach 85,000 units, an increase of 24.03% year-on-year.
However, under the bright sales data, the low-cost advantage of domestic robots is not optimistic. On the ontology, domestic and import price hikes are around 20%. If there is no breakthrough in core component technology in the future, the import price will approach the domestic price, and the price advantage of local manufacturers will gradually disappear. And even if there is a breakthrough in the core components, this trend can only be suspended.
In terms of capital, as of the end of 2015, the A-share market robot investment involved a scale of 13 billion yuan, about 2.7 times that of 2014. There are 23 new listed robot companies, of which about 60% are involved in the robotics industry through mergers and acquisitions. Most of them are concentrated in the field of industrial robots. The number of companies involved in the service robot field is relatively small, accounting for only 25%.
According to GGII data, the 2016 robot industry mergers and acquisitions will exceed 15 billion. At the same time, overseas mergers and acquisitions will increase.

Scan the QR code to read on your phone 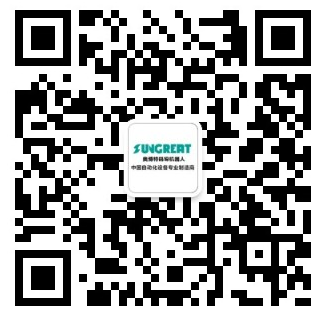